Introduction: The importance of effective/strong nursing leadership is well established and widely recognized in countries like the United States of America and Canada. The Canadian Nurses Association’s introductory statement on leadership reads: ‘Nursing leadership is about nurses who understand that the development of nursing leaders must begin at the outset of every nursing education program and continue throughout the career of every nurse. Educators, from academics to clinical nurse educators to personal mentors and those in between, instill the expectation that nurses can be and must be leaders. Leadership in this context is about helping nurses lift their practice so they see nursing not solely as a series of acts of scientific caring that can change individual lives but also as a lifelong commitment to political action for system change. Leadership begins when students are imbued with the meaning of ethical nursing practice and continues throughout one’s career as nurses make the links from individuals to populations, and from the local to the global context.’ In Europe too, in recent years, the importance of nursing leadership is increasingly gaining recognition. Greta Cummings, the Canadian expert in the field of nursing leadership, was invited to share her views and participate in a preconference on leadership.

Aim: To highlight, from several perspectives, how nurses can benefit from nursing leadership. To this end we pay attention to the relation between leadership styles and outcomes for nursing work environments, and practical steps to developing your leadership style to positively influence patient outcomes. We also focus on leadership projects for target groups like community nurses (ambassadors for community nursing) and young PhDs (Leadership Mentoring Nursing Research). Finally, we will show how nursing leadership can be integrated in the curricula for bachelor students (minor in leadership). 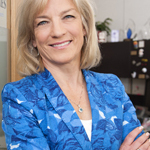 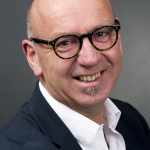 Background: After a period of decline (1975-2000) from the start of the new millennium community nursing in the Netherlands has been gradually working, fighting and … finding its way back. Nowadays, very much is expected from the community nurse, given the aging society, the shift from intramural to extramural care. Prevention in community healthcare is finally recognized as an important basic task for community nurses. The Dutch Nurses’ Association has designed a Community Nurse Profile, based on the CanMEDS, that has been broadly greeted by stakeholders. Currently, however, there’s a substantial lack of community nurses who meet the requirements of this Profile. Few nursing students favor a career in community care. The Dutch Nurses Association and ZonMw signaled the need for the development of leadership capacities of community nurses, in order to bring about a fundamental change.
Objective: To enhance (the image of) community nursing by equipping community nurse ambassadors with leadership capacities. To this end a learning track was designed.
Innovation: Action learning targeting such subjects as role and function of community health care, health care financing, influence and politics, strategy, communication and lobbying. Each participant has a personal coach for personal growth, inspiration and self reflection.
Experiences: A total of 45 community nurse ambassadors were trained during one year and were given their ambassador-certificate by high profile Dutch health care stakeholders. Their numerous activities (on a national and municipal level, within numerous organisations and universities of applied sciences) have delivered very promising results in terms of better care, staff training, influence within the care organisation and influence on national developments like the financing of community nurses. They also contribute to research and development of the community nurse, a better image and personal growth.

Leadership Mentoring in Nursing Research: Creating the future cadre of nurse scientists in the Netherlands 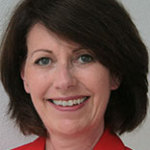 Background: The Netherlands’ Council for Healthcare Research (RGO) concluded some years ago that the Dutch infrastructure for nursing research was both limited and vulnerable. This was informed by the very few permanent senior nursing research positions, including a total of three full professorships, at Dutch universities. The council proposed to the ministry of health to invest in the existing nursing research groups at the University Medical Centers, preferably led by a professor of nursing research. One of the key elements of the council’s advice was investing in postdoctoral careers as opportunities for postdoctoral nurses were almost non-existent and the council proposed investing in postdoctoral fellowships for university based nursing research groups. A predefined research and training program for each postdoctoral fellowship, was seen as an important precondition. Since then, although some grant opportunities for nursing research were realized, the postdoctoral fellowships never came into being. In the last years, the professors of nursing at the university nursing science departments in the Netherlands collaborate with national and international partners in setting up and developing the Leadership Mentoring in Nursing Research for postdoctoral nurses in the Netherlands.
Aims: This program focuses on mentoring postdoctoral nurse researchers to generate the future generation of strong leaders in nursing research in the Netherlands.
The method: The Leadership Mentoring in Nursing Research was developed based on the review of the literature on leadership and mentoring, as well as successful postdoctoral leadership and nursing research programs. During the development a panel of national and international expert leaders in nursing and health care research took part in the various steps of the development.
Results: The Leadership Mentoring in Nursing Research offers a two-year program leadership and mentoring program with workshops, meetings and mentorship, through which post-doctoral fellows extend knowledge in their research areas, conduct successful interdisciplinary research projects, enhance their leadership skills and establish new national and international research networks. In this lecture an insight will be given in various steps in the program development and important elements of the program. 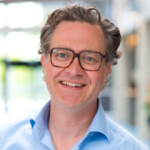 Background: The undergraduate (bachelor) nursing curricula is under constant change. In 2015 a new bachelor nursing profile, based on the CanMEDS, was launched. In 2016 all 17 universities of applied sciences start training these ‘new’ nurses. Nursing leadership is one of the key components of the CanMEDS model. However, it is under constant debate if nursing leadership should be taught in the regular curricula or as a 30 ECTS elective for those undergraduates who have special interest in this topic. We wish to contribute to this debate with a ´hands-on’ initiative: a Pop-up Platform Nursing Leadership. This platform gives voice to those with interest in the topic such as: academics, healthcare institutions, teacher, trainers, researchers, E-learning developers, branch / professional organizations etc.
Objective: To design a nationwide blended nursing leadership elective of 30 ECTS.
The method: Organize several action learning inspired meetings between April 2016 and 2017 in which those interested in this initiative together develop a new curricula for a nationwide blended nursing leadership elective.
Preliminarily results: In April 2016 a first meeting took place with approximately 80 participants from all the above mentioned fields and from all over the country. Both the large amount of participants and the issues raised by the four invited speakers made it clear that the time is ripe for a nationwide elective on nursing leaderships. However there were some concerns as well. During an interactive session with the participants these were transformed in action points for the following meetings (e.g., how do we make sure that: …there is room for individual development as a leader;…the university closely cooperate;…the course focuses on both hierarchic and non-hierarchic leadership; etc.). The summaries of the findings will be published. These publications will guide the future project. In April 2017 a closing session is held of the Pop-up Platform in which the outlines of a new elective in nursing leadership will be presented.